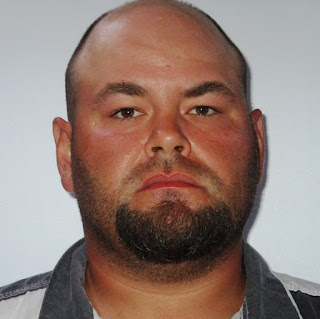 On April 29, 2021, Bryan Michael Williams, age 33 and a resident of Jim Stuart Road, was arrested for an incident which occurred April 25, 2021 on Lee Road. According to eyewitness testimony, evidence collected from the scene, and an investigation, it was determined that Williams was driving his vehicle with a trailer attached on Lee Road when he drove too close to an oncoming vehicle, striking and breaking the side mirror of the oncoming vehicle.

After knocking off the mirror, Williams stopped his vehicle, verbally confronted the occupants of the victim vehicle and then retreated to his truck and retrieved his pistol. According to eyewitness testimony, Williams began firing at the occupants of the victim vehicle with his pistol. The victim occupant retrieved his own weapon and returned gunfire in self-defense. Williams then fled while the victims remained on the scene to speak with responding deputies. Officers responding to the scene conducted an initial investigation and then referred the incident to detectives.

Further investigation by the detective division, including taking sworn statements from the victims, resulted in Williams being identified as the aggressor and a warrant was obtained for his arrest. Williams’s truck, trailer and ATV were located at his residence and officers noticed bullet holes in both vehicles and the trailer, consistent with reports of returned gunfire during the confrontation.

Williams was booked into the Washington Parish Jail on April 29, 2021 charged with two counts of aggravated assault with a firearm and battery. He has three previous arrests in Washington Parish. In 2007, he was arrested for battery. In 2013, he was arrested on another battery charge. He was arrested again in 2013, charged with battery on a police officer, resisting a police officer with force or violence, entry and remaining on premises after being forbidden, disturbing the peace with loud and abusive language and disturbing the peace by being drunk.

“It is so fortunate that no persons were struck,” stated Sheriff Randy Seal. “At any time gunfire is exchanged, there is always the possibility of someone being wounded or killed. Thankfully, all parties escaped unscathed. Road rage incidents such as this are totally without excuse. I appreciate the hard work of our deputies and detectives to solve this matter and make the arrest.”