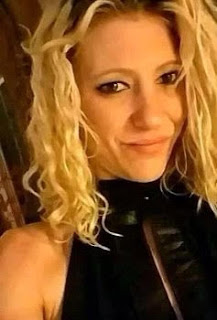 In an update (at 5:12 PM today), the Tangipahoa Parish Sheriff's Office advises that the two boys who were the subjects of an AMBER ALERT this morning, have been located and are in protective custody.

TPSO began investigating a vehicle theft and possible child abduction yesterday (March 2, 2021) that occurred at a residence in Ponchatoula. The victim advised deputies that he pulled into his driveway shortly after 3:00 p.m., with his two children secured in their car seats, stopped the car, got out, ran into his shed to grab a tool, and by the time he returned, the vehicle and his children were gone.

As the investigation progressed, the children’s mother, 38-year-old Shawntel Heck was identified as the possible suspect.  With the assistance of the LSP and FBI, it was discovered that Heck had ties to Florida. As a result of the media coverage, a concerned citizen in the Florida area contacted local authorities and gave a possible location of the female and children.

At approximately, 2:30 p.m.. today (March 3, 2021) the Santa Rosa County Sheriff’s Office responded to the reported location and subsequently located the children who are now in protective custody.

At this time the suspect, Shawntel Heck, is still at large. Anyone with information as to her whereabouts is asked to contact the Tangipahoa Parish Sheriff’s Office, (985) 345-6150, or Crime Stoppers, (800) 554-JAIL.