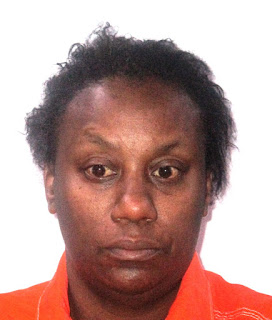 On Tuesday (March 2, 2021), Sabrina Magee, age 43 and a resident of Upper Sunlight Road in Tylertown, was arrested for the armed robbery of a business on Highway 21 north of Bogalusa. According to witness testimony and video footage, Magee entered the business and gave the cashier a note stating she had a gun and wanted money. The cashier retreated and Magee fled, traveling back to Mississippi. Although she did not get any money, she did take some items from the store without paying for them.

Washington Parish Sheriff’s Office deputies and detectives arrived at the business, reviewed the video footage, and identified the vehicle in which Magee was traveling. The vehicle was traced to an address in Angie and it was determined the driver had no involvement with or knowledge of Magee’s actions inside the business. The driver did identify a location in Walthall County where he had driven Magee.

Sheriff Seal stated, “It is always good when a robber is quickly caught and no one is injured, either during the robbery or the capture. My thanks to Sheriff Breland and his officers in Walthall County who are always ready and willing to assist us when needed.”