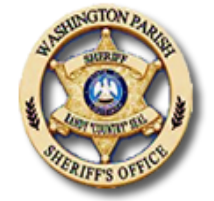 On March 27, 2021 the Washington Parish Sheriff’s Office responded to a report of vandalism of several buildings located inside the Mile Branch settlement on the Washington Parish Fairgrounds in Franklinton. Several cabins were forcibly entered by someone kicking in the doors, items in some cabins were broken, some windows were broken and dry chemical fire extinguishers had been discharged inside and outside the buildings.

That same date, after being contacted by the Sheriff’s Office, parents brought their sons to the office and reported their involvement in the vandalism. Three of the young men confessed to the crimes while the fourth made no statement on the advice of his attorney. All four young men were arrested and released to the custody of their parents who were issued juvenile arrest custodial agreements. The young men are scheduled to appear before a juvenile court judge.

“This is heartbreaking,” stated Sheriff Randy Seal. “The cabins and outbuildings represent the heart and soul of our Washington Parish ancestors. Many years ago, parish pioneers cleared land, cut trees and built houses, barns and other structures for their families. It is so wonderful that these buildings and items have been preserved in one location for many generations of visitors to visit and learn valuable history lessons. It is so sad that these young men vandalized these historical structures, and in so doing created a legal dilemma for themselves and their families. I hope not only that these structures can be repaired, but also that these young men will have learned a life lesson of the consequences of irresponsible behavior. I appreciate the actions of the parents who brought in their sons to take responsibility for their actions.”

Editor's note: The images below were posted on the Washington Parish Fair Association Facebook page. Priceless and irreplaceable items damaged or destroyed. Also posted on the Facebook page are images showing damage from a weather event just a few days earlier.