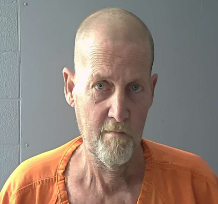 The Tangipahoa Parish Sheriff's Office has arrested Jason Saizan, age 55 and of Roseland, for the murder of his ex-wife yesterday (February 23, 2021).

On February 23, 2021, around 5:15 p.m., TPSO was notified of a female with a gunshot wound inside a residence on Highway 1058 in Roseland. When deputies arrived at the scene, they discovered 49-year-old Christy Lee Jones dead inside of her home. The incident is believed to have taken place shortly before TPSO received the call.

Jason Saizan reportedly told detectives that he shot and killed his ex-wife during a dispute inside the Highway 1058 home. Jason Saizan was subsequently arrested for second-degree murder.