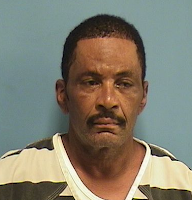 Following an extensive joint investigation between the State Fire Marshal’s Office (SFM) and St. Tammany Fire Protection District #1, Michael Jackson (age 62), a New Orleans East man has been arrested for burning and/or damaging almost a dozen vehicles across the Slidell area. Jackson was booked into the St. Tammany Parish Jail on January 31, 2021 on one count each of Aggravated Arson and Simple Arson. Additional charges are expected.

In all, according to the SFM press release, six vehicles were set on fire and a third received damage due to exposure to one of the vehicles as it was burning. There were three incidents: December 23rd, January 4th, and January 30th.

SFM deputies learned a common victim was an ex-girlfriend of Jackson’s. Other victims included her new boyfriend as well as a female friend and her husband who had been helping the ex-girlfriend with replacement vehicles and a new place to stay as the incidents continued to occur.

With the assistance of special agents from the New Orleans field office of the Bureau of Alcohol, Tobacco, Firearms and Explosives (ATF), SFM deputies and STPFD #1 were able to gather evidence confirming Jackson near the location of each incident. With the assistance of the Louisiana Attorney General’s Office, Jackson was taken into custody on January 31st and booked in connection with the case.

“This is a dangerous individual that, thankfully, has been stopped,” said State Fire Marshal Chief Butch Browning, “The investigative partnership established on this case was critical in achieving this outcome and this should send a clear message to anyone attempting to commit arsons in this state that the full resources of this office, and its partners, will always be utilized to hold you accountable.”

“This investigation is a great example of resources working together promptly for a quick arrest and to bring justice to the victims,” said St. Tammany Fire Protection District #1 Chief Chris Kaufmann.

“ATF, working alongside the Louisiana State Fire Marshal’s Office and St. Tammany Fire District, was able to bring our expertise and resources to investigate these dangerous arsons,” said ATF New Orleans Special Agent in Charge Kurt Thielhorn. “The collaborative effort led to a successful investigation and the arrest of Mr. Jackson, and allows the residents of Slidell to live without fear of an arsonist in their midst.”