Two Men (One From Ponchatoula) Arrested on Charges of Child Exploitation 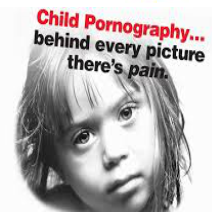 On January 27, 2021, Investigators from the Louisiana State Police Special Victims Unit – Baton Rouge Field Office in conjunction with the FBI, Homeland Security, Louisiana Attorney General’s Office, and the East Baton Rouge Parish Sheriff’s Office arrested two men after they learned of their participation in child exploitation on a social media app. 26-year-old Jaime Sousa of Ponchatoula and 47-year-old Dexter Schexnayder of Deridder were arrested for charges related to indecent behavior with a juvenile, computer aided solicitation of a minor, and attempted felony carnal knowledge of a juvenile.

Sousa and Schexnayder were arrested and booked into the East Baton Rouge Parish Jail on the charges of Indecent Behavior with a Juvenile, Computer Aided Solicitation of a Minor, and Attempted Felony Carnal Knowledge of a Juvenile.

It was also learned during the course of the investigation that Sousa was arrested on January 24, 2020, by the Louisiana Attorney General’s Office on 30 counts of Pornography Involving Juveniles and, at the time of his most recent arrest, Sousa was wearing an ankle monitoring bracelet and awaiting trial for his previous arrest.  This remains an active investigation, and there is no further information available at this time.

The LSP Special Victims Unit works to rescue and seek justice for the victims of crimes involving the exploitation of children and the trafficking of humans for sex or labor. The public plays an important role in identifying suspects accused of these crimes, and is urged to report criminal or suspicious activity. The Louisiana State Police online reporting system is available to the public through an anonymous reporting form that is submitted to the appropriate investigators. The form can be found by visiting http://la-safe.org/ and clicking on the “Suspicious Activity” link.  Troopers also encourage parents to monitor their children’s social media activity.  Further guidance can be found by visiting the National Center for Missing and Exploited Children at www.missingkids.org.