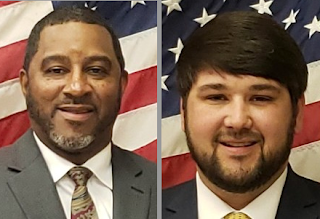 The Washington Parish Council, at their first meeting of the year on Monday (January 11, 2021),
elected a new Chairman and Vice-Chairman to lead the Council in 2021. Reginald McMasters was elected as Chairman and Carley King was elected Vice-Chairman, both by unanimous vote, in a process presided over by Attorney G. Wayne Kuhn.

President Thomas, beginning at 57:00 into the video, presented information regarding COVID-19 vaccine availability.