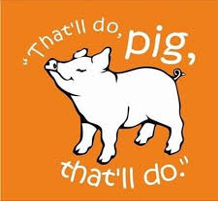 Gerald Maxey, age 73 and of the Slidell-area, was arrested before 3:30 p.m. Wednesday (December 16, 2020) after he fired upon a St. Tammany Parish Sheriff’s lieutenant who was patrolling in the man’s neighborhood Wednesday morning. Maxey was taken into custody without incident or injury following a more than eight-hour standoff at his residence on John Drive in the River Gardens neighborhood near Slidell.

Maxey barricade himself in his home shortly after 7 a.m. Wednesday after he fired on the STPSO lieutenant who was in the neighborhood following an incident which occurred Sunday morning involving Maxey. Shortly after 11 a.m. Sunday (December 13, 2020), deputies were dispatched to the River Gardens neighborhood in reference to Maxey’s pigs running loose. When deputies attempted to speak with Maxey concerning the pigs, he became belligerent and threatened deputies, ultimately resulting in a warrant being issued for Maxey’s arrest on the charge of Simple Assault.

The lieutenant was in the River Gardens neighborhood Wednesday morning evaluating the area to once again attempt to locate the loose pigs and to determine the best location to set traps when Maxey fired upon him. The lieutenant’s vehicle was struck but the lieutenant was not injured.