Tropical Disturbances Today - No Threats to the U. S.

Iota has weakened to a tropical depression and remains no threat to the United States. The system is expected to dissipate later today.

A broad area of low pressure could form in a day or so over the southwestern Caribbean Sea.  Any development of this system is expected to be slow to occur during the next several days while the system moves slowly west-southwestward or westward across the southwestern Caribbean Sea.  Regardless of tropical cyclone formation, areas of heavy rain are possible during the next several days from Nicaragua southward across Central America and into Colombia. Formation chance through 48 hours is at 0% and formation through 5 days is at 20%. 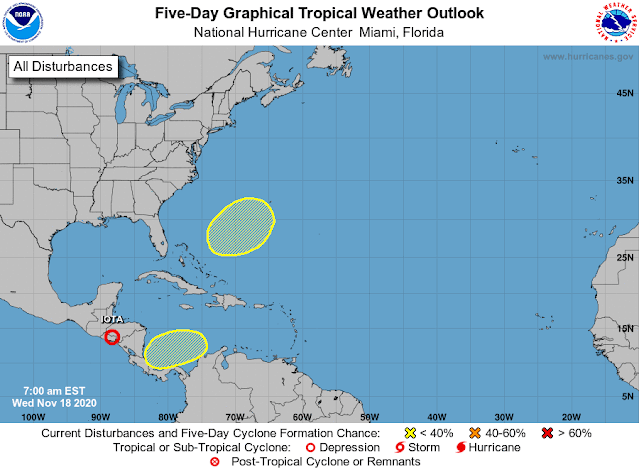