Arrest Made in Wilson Road (near Abita Springs) Murder 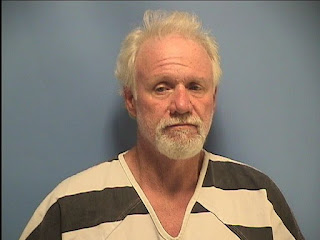 The St. Tammany Parish Sheriff’s Office has made an arrest in connection with the murder of 61-year-old Everett Wayne Finely (also known as James Finley and "Gator”) on August 12, 2020 near Abita Springs.

The STPSO had received a 911 call at approximately 3 am from an individual claiming he had been shot. Deputies arrived at a residence located in the 21000 block of Wilson Road and located a man, who was later identified as Finely, suffering from a gunshot wound. Medical personnel transported Finely to a local hospital, where he succumbed to his injuries.

After a lengthy investigation, STPSO detectives were led to a former coworker of Finley’s, Robert Dickerson (age 57) of Covington, as a potential suspect.

While being questioned by detectives, Dickerson reportedly confessed to shooting Finley.

“I am very proud of our detectives who worked this case, following every available lead to identify the person responsible so he can be brought to justice and victim’s family and friends can have closure,” Sheriff Randy Smith said.