The number of reported Louisiana cases has increased since yesterday afternoon's report from 280 to 347. Washington Parish has 2 cases, St Tammany has 10 cases, and Tangipahoa has 0 cases. Reported deaths has increased from seven to eight. 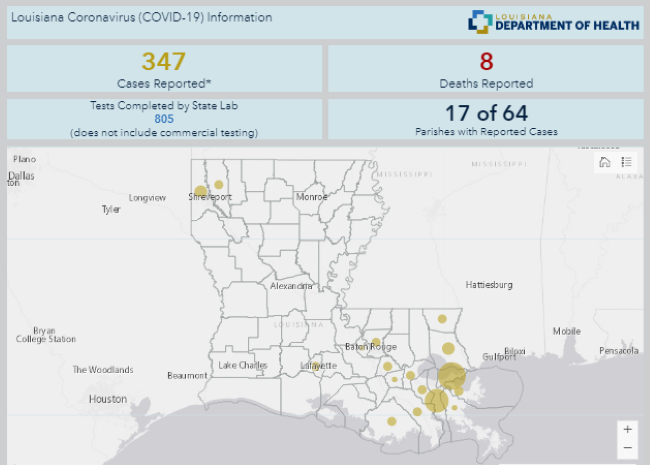