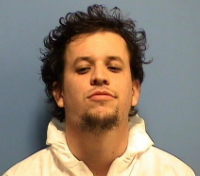 Shortly before 6:15 a.m today (January 10, 2019), St. Tammany Parish Sheriff’s deputies were dispatched to the 300 block of Memphis Trace, located in the Natchez Trace Subdivision, in reference to a domestic disturbance between a father and his son.

Responding deputies located the victim, 58-year-old Jose Amaya, lying in the driveway of a neighbor’s residence. He was bleeding heavily from what appeared to be multiple stab wounds, and was taken to a local hospital, where he succumbed to his injuries.

Detectives learned the victim’s son, Juan Amaya (28) got into an altercation with his father Friday morning, during which he stabbed his father multiple times. Juan Amaya was taken into custody and booked into the St. Tammany Parish Jail on an arrest warrant for one count of Second-degree Murder.