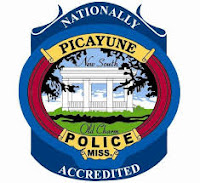 Source:  Picayune Item (www.picayuneitem.com)
The Picayune Item is reporting that Picayune Police officers responded to a report of a woman slumped over her car seat in a parking lot on December 18 and found Amber Giordano of Slidell unconscious. Giordano's vehicle was listed as stolen by the St. Tammany Parish Sheriff's Office and she was listed as a convicted felon.
During a search of the vehicle, officers found a stolen .380 pistol, a syringe with suspected heroin residue, and five pills identified as Clonazepam. Officers also found suspected methamphetamine in a clear plastic bag on her person.
Giordano was charged with possession of a controlled dangerous substance (2 counts), possession of paraphernalia, receiving stolen property, possession of a stolen firearm, and possession of a firearm by a convicted felon.
at 12/28/2016 11:41:00 AM