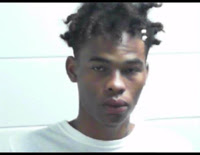 Brumfield (20) of Bogalusa, Wednesday (Ocober. 30, 2019) of first degree murder in the death of an eight-month-old girl in August.

The child had been left in Brumfield’s care for a couple of hours on August 19, 2019, but the child was found non-responsive when the mother returned. The infant was declared dead a short time later at Our Lady of Angels hospital in Bogalusa, and an autopsy indicated that blunt force trauma caused massive damage to the child’s liver, which resulted in considerable and rapid blood loss.

The case was investigated by Bogalusa Police Department Detective Jeff Bergeron and presented to the grand jury by David A. Weilbaecher, Jr.