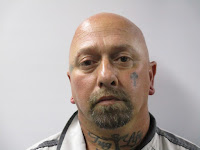 (October 17, 2019). Acting on a tip from a concerned citizen, Washington Parish Sheriff’s Office Drug Task Force detectives located a suspicious person sitting in a vehicle in one of the parking areas on the north side of the fairgrounds.

The occupant of the vehicle was Kelvin Paul Dunn (44), a resident of Montecino Road in Bush, Louisiana. When detectives searched Dunn’s person and vehicle, they discovered a glass pipe commonly used to smoke methamphetamine, a quantity of unknown drugs, and over $12,000 in currency. All items were seized for evidence.

Dunn was arrested without incident on charges of possession with intent to distribute illegal drugs and possession of drug paraphernalia. His bond was set at $50,000. The following day, he met the conditions of his bond and was released.