One Arrested, One WANTED in Slidell Vehicle Thefts 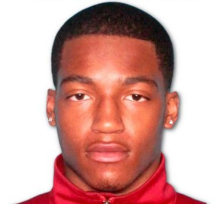 The most recent incident, which occurred on November 26, 2022, at Circle K (Voters Road), resulted in the vehicle owner firing several shots at the fleeing suspects. The vehicle was later found abandoned near Oak Harbor Boulevard. Investigators were able to piece together information that resulted in the arrest of 20-year-old, Frederick Price of Slidell, who was linked to ten different vehicle thefts from local Slidell gas stations and gyms.

Another accomplice has been identified as 21-year-old, Daurance McClendon, who is currently wanted by Slidell Police for Theft of a Motor Vehicle. Investigators believe that Price and McClendon worked together by preying on people at local gas stations while the victims were distracted pumping fuel or inside of the store.

Anyone with information on McClendon’s whereabouts are asked to call Slidell Police at 985-643-3131 or Crimestoppers at 504-822-1111. You can remain anonymous and may be eligible for a cash reward.