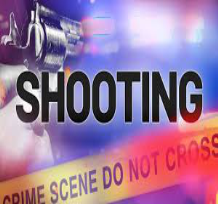 Jacolby Howard, age 20 and of the Covington-area, was arrested late Wednesday (January 11, 2023) night in connection with a shooting that occurred Wednesday afternoon near the Abita Nursery Subdivision. The victim called 911 to report he had been shot while driving near the intersection of Highway 36 and Nursery Street.

STPSO detectives learned that Howard was a passenger in another vehicle which was driving in the area when Howard got out of the vehicle and fired upon the victim’s car. The victim sustained a non-life-threatening gunshot wound and was transported to a local hospital. His passenger was not injured.

Howard was booked into the St. Tammany Parish Correctional Center for two counts of Attempted Murder and one count each of Aggravated Criminal Damage and Illegal Discharge of a Weapon.

“I applaud our detectives who work swiftly and thoroughly to make a quick arrest in this case,” Sheriff Randy Smith said. “We will not tolerate this kind of senseless violence in St. Tammany Parish.”