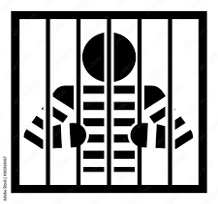 Osric Merrell Hines, age 44, and Kimberly Burnette Hines, age 38, both residents of Fostertown Road in Angie, are in the Washington Parish Jail charged with sale of illegal drugs.

On January 12, 2023, detectives with the Washington Parish Sheriff’s Office Drug Task Force executed a search warrant at the Hines residence. Once inside the residence, detectives discovered both Osric and Kimberly Hines along with quantities of marijuana, methamphetamine and cocaine. Both were arrested and transported to the Washington Parish Jail charged with multiple counts of possession of illegal drugs with intent to distribute, distribution of illegal drugs and possession of illegal drugs. Each Hines remains in jail with Osric’s bond set at $300,000 and Kimberly’s bond set at $100,000.

“It’s always good for Washington Parish when illegal drugs are removed from our community and drug dealers are put in jail,” stated Sheriff Randy Seal. “I commend our narcotics detectives on a job well done.”