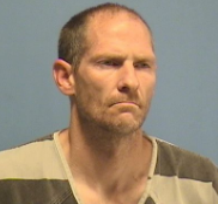 U.S. Attorney Duane A. Evans announced that Michael Malone, age 38 and a resident of Covington, Louisiana, was sentenced on January 10, 2023 in connection with his plea of guilty to an indictment charging him with Possession of a Firearm by a Convicted Felon. United States District Court Judge Greg G. Guidry sentenced Malone to 82 months of imprisonment in the Bureau of Prisons.

On the night of February 3, 2022, at approximately 11:30 p.m., St. Tammany Parish deputies were on patrol on Highway 434 in Lacombe when they observed Malone's vehicle parked in front of the 434 Mini Storage. Concerned that a burglary could have been in progress, the deputies investigated and observed Malone in possession of a firearm. Upon further investigation, deputies located 33 firearms inside of the unit. Deputies detained Malone and then determined that Malone was on probation and a convicted felon.