Will State Employees & Retirees Lose Access to Their Pharmacy? 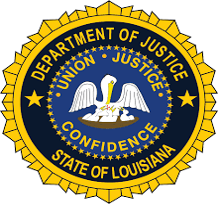 The proposed contract, set to go into effect at the start of the new year, would create pharmacy deserts across Louisiana and cost taxpayers 3.5 times more than the State is paying for the Medicaid program currently. Members of OGB include state and local government employees, teachers, retirees, and their dependents. The Joint Legislative Committee on the Budget unanimously rejected the contract, but OGB has decided to go forward.

Independent pharmacists are crucial in providing healthcare access to some of the most vulnerable populations in the State. If they pull out – state employees, retirees, and other members of the OGB plan will have to travel considerable distances to get their medication.

"This is not the goal of a state-sponsored health care plan," wrote Attorney General Landry. "The contract should be revised to ensure that benefits are reasonably accessible; otherwise, any benefit under the plan is pure illusion and any number of employees, retirees, and others will be left out in the cold."