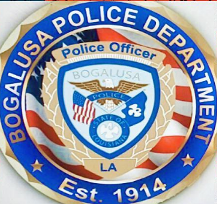 A disturbance turned deadly in the 1000 block of Lona Rester Place shortly after midnight (December 28, 2022) and Bogalusa Police Department detectives are investigating the City’s ninth homicide of the year.

Police received the first call shortly after 12:30 am in reference to a disturbance. Minutes after the first call, and shortly before police arrival, the complainant called back and stated that the person had kicked his door in and he had shot him. Police arrived to find Bobby Chance Thomas, 27 years of age, deceased from a single gunshot wound. The male resident who fired the fatal shot, as well as a female resident, were still on scene and cooperated with police.

Early indications are that Thomas is a relative of one of the residents, and an argument had taken place earlier. Thomas left the home, but returned a short time later and began causing a disturbance outside, prompting police to be called. Thomas then allegedly kicked in the door of the home and made his way towards the male resident, who told police that he feared for his safety, and he shot Thomas in self defense. A rifle was recovered at the scene.

No arrests have been made due to the evidence currently pointing to a justifiable homicide. However, when the investigation is complete, it will be forwarded to District Attorney Warren Montgomery’s office for review. A Grand Jury review should then follow.