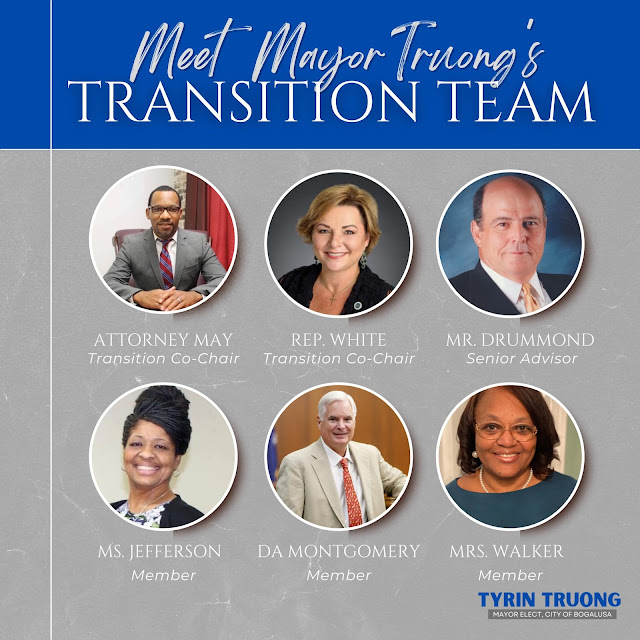 “Today, I am announcing my transition team. This team comprises some of the best and brightest minds in our City with diverse backgrounds. They’re all passionate about improving Bogalusa and uniting our divisions. Together, we will produce my administration’s ”First 100 Days Plan”, focused on charting a better path forward. I’m honored and grateful to each of them for joining the team!

-Attorney Kelvin May has practiced law since 2007 and is active in the community through youth sports coaching and philanthropy.

-Councilman Drummond has served on the Bogalusa City Council since 2010.

We will be revealing the Administration soon, stay tuned!”