An area of low pressure could form over the eastern Caribbean Sea this weekend. Environmental conditions are forecast to be conducive for gradual development as the disturbance moves generally westward or west-northwestward into the central Caribbean early next week. Formation chance through 48  hours...low...near 0 percent and formation chance through 5 days...low...30 percent.

Disturbance 2. Southwestern Atlantic – No threat to our area

A trough of low pressure stretches from the central Caribbean northward to the southwestern Atlantic. Environmental conditions appear conducive for some gradual subtropical development of this system over the next few days while it drifts northward. The system is then forecast to meander over the subtropical western Atlantic to the west or southwest of Bermuda. Upper-level winds are forecast to become less conducive for development by the end of the weekend. Formation chance through 48 hours...low...20 percent and formation chance through 5 days...low...30 percent. 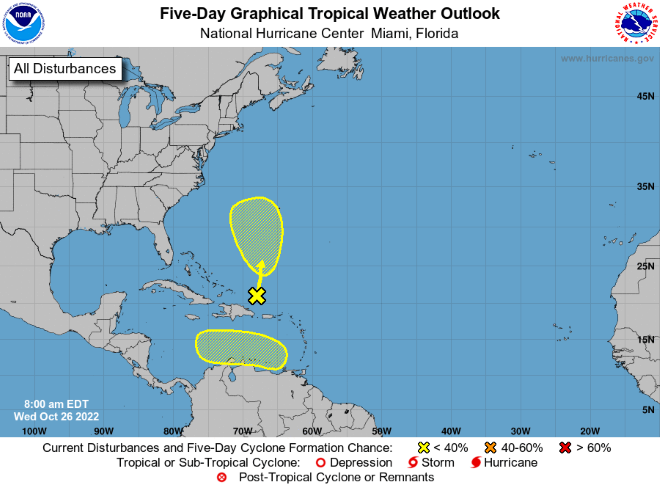