Disturbance 1. Post-Tropical Cyclone Ian - No threat to our area

Disturbance 2. Eastern Tropical Atlantic - No threat to our area

A tropical wave is located several hundred miles south of the Cabo Verde Islands. Environmental conditions are forecast to be conducive for gradual development of this system, and a tropical depression is likely to form during the early to middle part of next week while it moves westward and then turns northwestward at 5 to 10 mph over the eastern tropical Atlantic. Formation chance through 48 hours...low...20 percent and formation chance through 5 days...high...70 percent. 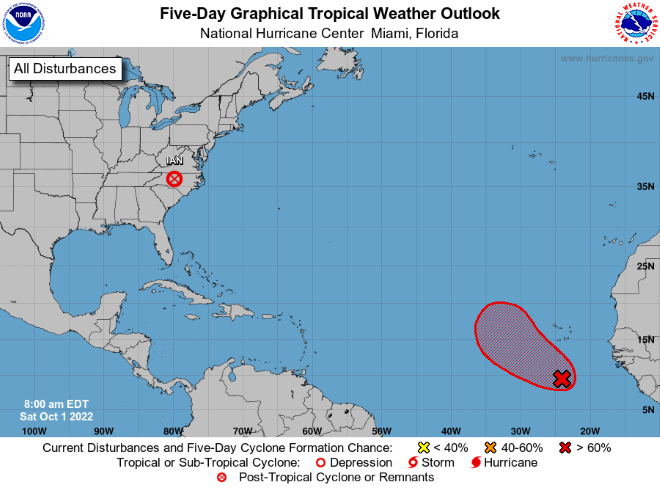