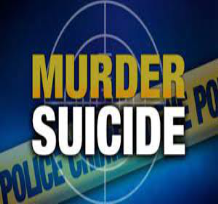 The St. Tammany Parish Sheriff’s Office is investigating an apparent murder/suicide which occurred Tuesday (October 18, 2022) morning at a Mandeville residence.

At approximately 8:30 am. Tuesday, a woman called 911 and told an STPSO dispatcher she had just shot her daughter and that she was going to shoot herself.  The dispatcher then heard what appeared to be a gunshot. Deputies were dispatched to the residence where the 911 call originated and found two deceased females.

The bodies were turned over to the St. Tammany Parish Coroner’s Office and Dr. Charles Preston positively identified the victims as 43 year-old Tara Book and her daughter 23 year-old Brittany Buras, both residents of 790 Lane Street in Mandeville. Following autopsies, Dr. Preston ruled Brittany Buras's death a homicide and Tara Book's death a suicide, both by gunshot wound.