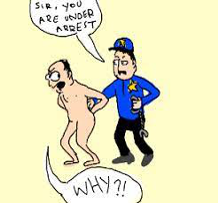 On Monday (October 24, 2022), a Washington Parish Sheriff’s Office deputy responded to a complaint on Reid Pigott Road concerning a suspicious man carrying a large stick who was walking in and out of a yard and then into adjacent woods. When the deputy arrived on the scene, he was unable to locate the man but was asked to check a nearby residence.

Jessie Patterson, age 50 and a resident of Avenue J in Bogalusa, was taken into custody and transported to the Washington Parish Jail. Once at the jail, Patterson refused to exit the deputy’s vehicle. Another patrol deputy and corrections deputies were able to remove him and escort him into the jail where he was booked on charges of simple burglary, prohibited acts and resisting an officer. His bond was set at $25,000.

Patterson has previous stays in the Washington Parish Jail in 2008, 2016, 2021 and earlier in 2022. Charges included domestic violence, criminal neglect of family, theft of a motor vehicle, resisting an officer and other offenses.

“Mr. Patterson was far too comfortable in another person’s residence,” stated Sheriff Randy Seal. “I’m glad our officer was able to clothe him before transporting him to jail. After already making one unwise decision to force his way into a residence, Patterson made another unwise decision by refusing to exit the deputy’s vehicle and walk into the jail like a man. Our deputies persuaded him otherwise. Welcome to the Washington Parish Jail, Mr. Patterson.”