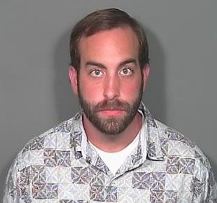 Slidell Police have identified and are searching for 31-year-old Christopher Simonds of Metairie. Simonds fled from Slidell Police Wednesday (September 7, 2022) around 4:00 PM after they observed Simonds excessively speeding and driving in a reckless manner on Fremaux Avenue. When Simonds saw the police officer, he started driving on the wrong side of the road and was driving against on-coming traffic.

The chase led officers to New Orleans and Simonds was able to elude officers, but was later spotted getting fuel at a gas station in New Orleans East. When the officer again tried to stop Simonds, he attempted to ram the officer and again fled the area. Based on the investigation, Slidell Police were able to identify Simonds and obtained warrants for his arrest.

Simonds is currently wanted for Resisting an Officer by Felony Flight, Aggravated Obstruction of a Highway, and multiple traffic related offenses.

Anyone with information on Simonds whereabouts are asked to call Crimestoppers at 504-822-1111 or Slidell Police at 985-643-3131. You can remain anonymous and may be eligible for a cash reward.