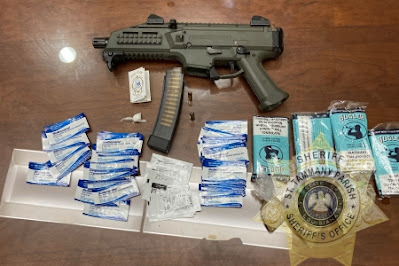 “This individual abused his position as an employee in the correction center and used that position as a means to bring contraband into the facility,” Sheriff Randy Smith said. “We will not tolerate illegal drugs being brought into our facility, and if you are caught doing so, regardless of who you are, you will be arrested.”