Fatal Shooting at Hyundai of Slidell 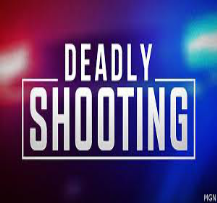 Slidell Police reports that 23 year-old Brian Taylor is in custody as a suspect in the shooting death of 22 year-old Zakary Stewart yesterday (September 16, 2022).

The shooting reportedly occurred at around 5:30 PM and was an escalation of an altercation between two employees at the Hyundai of Slidell car dealership on E. Howze Beach Rd. in Slidell. The victim was pronounced deceased at the scene.

St. Tammany Parish Coroner Dr. Charles Preston identified the victim and that Stewart had recently moved to Slidell from Alabama and had no fixed local address. He was staying with friends on West End Boulevard in Slidell. An autopsy will be conducted Monday or Tuesday, after which Preston will rule on cause and manner of death. Preliminary findings suggest Stewart died of a gunshot wound in an apparent homicide.