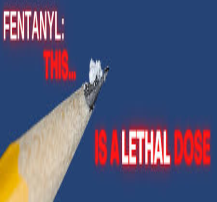 St. Tammany Parish Sheriff’s detectives seized approximately eleven pounds of fentanyl during an operation that took place Tuesday (September 27, 2022) with the assistance of Homeland Security Investigations in the parking lot of a Covington-area hotel.

Fermin Ortega Rodrigue, a 24 year-old Mexican national, was arrested and booked into the St. Tammany Parish Correctional Center on the charge of Prohibited Acts – Schedule II after detectives determined he was transporting approximately eleven pounds of fentanyl.

“Fentanyl is a very dangerous drug, and I commend the detectives who worked this case and prevented a large quantity of this deadly drug from ending up on our streets,” Sheriff Randy Smith.