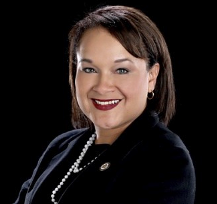 The Bogalusa Police Department has reported that Bogalusa Mayor Wendy O’Quin Perrette and two friends were injured early Sunday (September 4, 2022) morning when another driver ran a stop sign and caused a collision.

The driver of the other vehicle was taken to an area hospital for treatment, and police are awaiting the results of a blood test to determine if he was under the influence.

Bogalusa Police responded to the wreck and are investigating.  Washington Parish Sheriff’s Office deputies assisted by transporting the mayor from the scene to her home, and she sought a medical examination Sunday morning.

“This could have been much worse, and I’m grateful to the Bogalusa Police officers, Sheriff’s Office, other first responders, and witnesses to the collision who stopped to help,” Perrette said.  “My friends and I were very fortunate.  I’ve been examined by medical professionals and will be seeking additional treatment for my injuries, but I expect to be back at work on Tuesday.  I wish everyone a safe Labor Day holiday.  I’ll be resting and recuperating!”