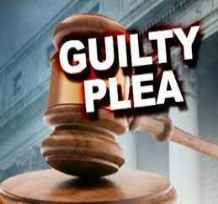 U.S. Attorney Duane A. Evans announced that Patrick Ezell, age 51 and of Bogalusa, pleaded guilty on August 2, 2022 before the Honorable Wendy B. Vitter, U.S. District Judge, Eastern District of Louisiana, to stealing items from the mail he was entrusted to deliver as a postal employee. Sentencing is set for November 1, 2022.

According to documents filed in federal court, Patrick Ezell was employed by the United States Postal Service as a letter carrier in Bogalusa when he was apprehended stealing items from the mail he was entrusted to deliver for the U.S. Postal Service.

The maximum penalty for the offense is up to five years imprisonment and/or  up to a fine of $250,000 or the greater of twice the gross gain to the defendant or twice the gross loss to the victim followed by up to three years of supervised release, and a mandatory special assessment fee of one hundred dollars.

U.S. Attorney Evans praised the work of the United States Postal Service, Office of the Inspector General in investigating this matter. Assistant United States Attorney Richard R. Pickens, II is in charge of the prosecution.