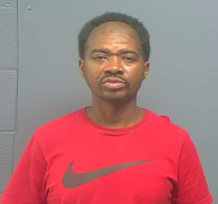 On August 18, 2022, deputies responded to reports of shots fired on Old Uneedus Road near Folsom where one subject had been shot. Deputies located a black male, later identified as Santee, receiving medical treatment for a non-life threatening gunshot wound. During the course of the investigation, it was determined Santee had attacked another male. During the altercation, Santee struck the male causing him to fall to the ground, at which time he presented a firearm and began to shoot at the other subject. The victim also brandished a firearm and fired two shots towards Santee in self defense, both of which struck Santee in the stomach.

Santee was transported to a local hospital where he received further medical treatment before being released into the custody of detectives. It was also discovered Santee was a convicted felon and was in possession of a firearm containing a serial number which had been ground off.

At this time, the other subject has not been charged with any crimes; however, because this investigation is still ongoing, Chief Travis asks if anyone has information regarding this incident to please call the Sheriff's Office at 985-748-8147, OR if you wish to remain anonymous, please call Crime Stoppers of Tangipahoa’s anonymous tip line at 1.800.554.5245 or visit www.tangicrimestoppers.com and click on the P3 Tips icon or Submit A Tip! You may be eligible for a cash reward.

**All persons accused of a crime are considered innocent until proven guilty.