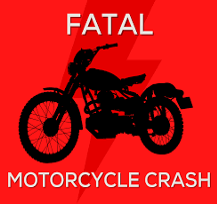 SPD has reported that the preliminary investigation indicates that a 2005 Ford Escape was traveling east on Old Spanish Trail, and was attempting to turn left on to the Interstate 10 eastbound on-ramp. The driver of the Ford Escape, 22-year-old, Sheldon Baham of Covington, failed to yield to a 2018 Kawasaki ZX-14 motorcycle driven by Darion Causey, who was traveling west on Old Spanish Trail. The motorcycle struck the Ford Escape, causing Causey to be ejected. Causey sustained fatal injuries and passed away at the scene.

Although no impairment is suspected, as part of the investigation, a blood sample was collected from both Baham and Causey. Toxicology results are pending. Traffic Fatality investigators are still analyzing evidence to determine if speed was a contributing factor in the crash.

At this time, no charges have been filed as the crash remains under investigation.