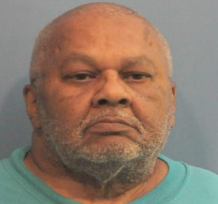 District Attorney Warren Montgomery reports that on Thursday, June 30, 2022, a St. Tammany Parish jury unanimously found James Bishop, age 70 and of Slidell, guilty as charged of first-degree rape of a child under the age thirteen, molestation of a juvenile (2 counts), production of pornography involving juveniles, and aggravated rape of a child under age thirteen. District Judge Scott Gardner presided over the case. Bishop faces life without the benefit of probation, parole or suspension of sentence. He will be sentenced on July 19, 2022.

On September 3, 2018 the St. Tammany Sheriff’s Office received a complaint of a young female who had disclosed to her counselor that she’d be inappropriately touched by Bishop. The minor began to reveal details of the years of sexual abuse. Her first memory was at the age of 7 when Bishop walked into her room naked and exposed his genitals to her.

During the investigation, law enforcement seized the defendant’s digital devices and discovered records of mobile phone and Facetime calls placed by Bishop to the victim that corroborated the victim’s disclosure of abuse. These included calls into the early morning hours asking the victim to call him and her return messages saying, “No! STOP!” One of these messages included a threat that he would post naked photos of her onto Facebook if she didn’t further comply and show him via FaceTime her naked body parts. During the investigation into Bishop’s digital devises, investigators discovered nude images and call records of another victim who was a juvenile at the time.

At trial, both victims testified to multiple years of abuse starting at the ages of 7 and 8. There was a third child who testified that the defendant had attempted uncomfortable behaviors with her but that things did not progress.

The defense called the victims “liars” that they were “bad kids” and just doing a great “acting job.” In closing, counsel for defense told the jury that the expert sexual abuse nurse, who had evaluated the girls, was as “slippery as an eel” and asked them to disbelieve her as well.

In closing, the State made the point that these types of cases are tough to try because often times the bulk of the evidence is the word of the victim. Assistant District Attorney Carolyn Chkautovich addressed the jury and said, “these are the most difficult types of cases we have. They require that you, the jury, unequivocally believe the victims. If you think this is all an act, then the proper verdict is not guilty. But if you believe these girls, then this defendant is guilty. And that is what this case is about: whether or not you believe the victims.” ADA Zachary Popovich said: “These victims had nothing to gain by coming forward. They have been called liars, have had their bodies and minds examined, told their story to strangers and are having their naked images shown in front of this courtroom. They gained nothing except that the abuse stopped. But in the end, they didn’t succumb but displayed grace, courage, dignity and told the truth.” The State finally asked the jury to look at all the honest emotions, the corroborating evidence, the details and consistencies when deciding whether the young women were lying. ADA Popovich concluded closing arguments by saying, “Jurors you can give the victims justice but indeed they will never have closure.”

We want to thank the victims’ families and mental health professionals who helped them bring their abuser to justice.