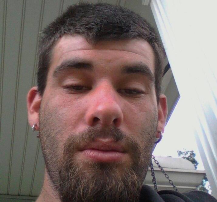 Tangipahoa Parish Sheriff's Office reports the capture on Monday (June 13, 2022) of 36 year-old Jeffrey A. Raines of Folsom. Raines was wanted on warrants for possession of stolen property.

On June 2, 2022, the Tangipahoa Parish Sheriff's Office had responded to the Tchefuncte River bridge on Highway 40 near Folsom in reference to a report of a theft which occurred between May 27, 2022 and June 2, 2022. The theft was of a set of “Bobcat” brand pallet forks stolen from the job-site where the river bridge is being replaced.

On June 10, 2022, detectives received a Crime Stoppers tip indicating Raines had stolen the forks from the job-site. Detectives visited Raines' home on Maggie Warren Lane where they recovered the forks, but not Raines.