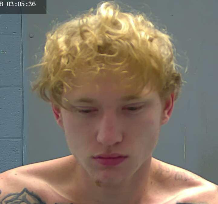 The Tangipahoa Parish Sheriff’s Office is asking for the public’s assistance in locating 26 year-old Laurence Dillion Ellzey, who has been named as the suspect in a shooting over the weekend.

Chief Jimmy Travis reports on June 11, 2022, detectives began investigation a shooting incident that occurred on Highway 1063 in Independence. Detectives learned the victim was traveling on Highway 1063 near Noto Road when the suspect, later identified as Ellzey, drove along side of his vehicle and began firing towards the victim, striking him once in the back. The victim was able to drive himself to a local hospital where he received medical treatment. 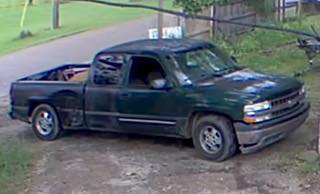 From the incident, Ellzey has numerous outstanding warrants for his arrest, including: Attempted Second Degree Murder, Aggravated Assault Drive By Shooting, Convicted Felon in Possession of a Firearm, and Illegal Discharge of a Firearm. Ellzey is also wanted for the following charges stemming from another incident in 2021: Felony Theft and Simple Burglary.

Ellzey is described as a white male, approximately 6 feet 2 inches tall, weighing about 185 pounds.  Ellzey is believed to be traveling in a green 2001 Chevrolet extended cab pickup truck with lots of damage to the exterior.

Chief Travis asks that anyone with information regarding the whereabouts of Ellzey, please call Crime Stoppers of Tangipahoa, Inc. anonymous tip line at 1-800-554-5245, or visit www.tangicrimestoppers.com and click on the P3 Tips. Sergeant Russell Walker is the lead investigator.
at 6/14/2022 12:23:00 PM