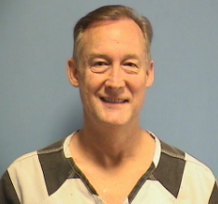 Raymond was charged with one count of Cruelty to a Juvenile, after an additional victim and witnesses came forward, following the announcement of Raymond’s first arrest on April 7, 2022. The April 7th arrest was for three (3) counts of Cruelty to Juveniles, after three students alleged that Raymond used a roll of packing tape and taped the students’ mouths shut by wrapping the tape around their heads. Click here for that story

SPD reports that, after Raymond’s initial arrest, several witnesses (some former teachers, faculty, and parents associated with Lakeside Christian Academy), came forward to report additional incidents of juvenile cruelty, some dating back as far as 2017.

According to SPD, one incident involved a Pre-K student, who would occasionally have “tantrums”. During the tantrums, the 4-year-old boy would sit on the ground and kick and scream. Due to the boy crying and screaming, Raymond allegedly placed his hand over the boy’s nose and mouth (preventing him from breathing) to the point of him going “limp”. A staff member told Raymond to stop, and then observed the boy “out of it and lethargic”, “unable to stand”, and saw “mucous” come out of the boy’s nose, as he attempted to breath. In another incident, the same boy was allegedly “dragged by his ankles” across a floor, after he refused to leave with Raymond. In another incident, Raymond allegedly held the boy upside down by his ankles and repeatedly “whipped him on the buttocks”.

Detectives reviewed the new allegations and presented their findings in a warrant, which was signed by a 22nd judicial district judge.

Slidell Police has advised that the investigation involving Raymond is on-going, as detectives are interviewing additional witnesses linked to other allegations against Raymond.