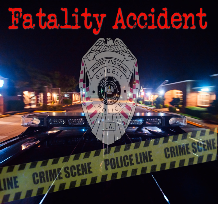 Slidell Police are investigating a fatal motorcycle accident that occurred Thursday (May 5, 2022) evening. SPD officers responded shortly after 10:00 PM to the area of Olive Drive and Peachtree Street where a motorcycle had crashed into a house. Officers located the driver of the motorcycle, 22-year-old, Kolby Warren of Slidell unresponsive. All life-saving measured were attempted, but unfortunately, Warren passed away as a result of his injuries.

The preliminary investigation suggests that Warren was traveling at a high rate of speed on Olive Drive and lost control of his 2007 Suzuki Hayabusa motorcycle. The motorcycle came to rest after striking a home near the intersection of Olive Drive and Peachtree Street. Impairment is suspected to be a contributing factor, and toxicology results are pending.

No other injuries occurred as a result of the crash. The investigation is still on-going.