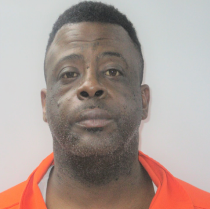 An investigation by the Washington Parish Sheriff’s Office Drug Task Force ended with the March 28, 2022 arrest of Osric Merrell Hines, age 44 and a resident of Foster Town Road. As a result of the ongoing investigation, detectives obtained both an arrest warrant for Hines and a search warrant for his residence. Task Force detectives, along with other Sheriff’s Office deputies and a Louisiana State Police officer, took Hines into custody before searching his residence.

Inside the residence, officers located quantities of various types of illegal drugs, including cocaine, more than $1,000 in cash, a semi-automatic pistol and a set of digital scales typically used to weigh drugs as they are packaged for sale. Hines was transported to the Washington Parish Jail where he was booked on two counts of distribution of drugs, possession with intent to distribute illegal drugs, possession of illegal drugs, being a convicted felon in possession of a firearm, possession of a controlled dangerous substance with a weapon present, obstruction of justice and transactions involving proceeds from drug offenses. His bond was set at $175,000.

Hines has several previous arrests in Washington Parish including charges of distribution of illegal drugs. He has a habit of not appearing for court hearings, resulting in numerous charges of failure to appear in court. He was arrested in 2017and 2018 on warrants for various offenses, including failure to pay child support.

“Our detectives have been watching Hines for some time now, and were able to obtain enough evidence for the new warrants,” stated Sheriff Randy Seal. “It’s always a good blow for decency and civility when we can take another drug dealer out of our community and into our jail. Our officers did an excellent job and I am so pleased with their work.”