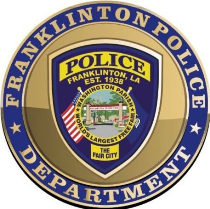 The females were reportedly canoeing with a group when their canoe capsized after hitting an obstruction. When officers arrived, the canoe was submerged and the women were clinging to a log. The leg of one woman was pinned between the canoe and the log by the current. The women advised they had been in the water for two hours. A member of the group who had reached the river bridge alerted law enforcement.

One female was transported to the hospital with a hip injury and the other received treatment for exposure.

Chief Brown stated, "Both individuals are extremely blessed to be alive. The situation was very hazardous given the swift current and the water level of the river. I'm afraid the result would have been very different had not the emergency call been placed and our agencies didn't have the equipment and training necessary to conduct swift water rescues. I am thankful for the continued partnership with the Sheriff's office and the outstanding work of our police officer's and deputies."