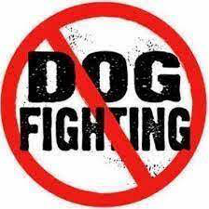 In October 2017, a federal law enforcement team executed a search warrant on Turner’s residence in Loranger. During the search, 33 dogs were found on the property, many of which had injuries, scarring and fresh wounds. Law enforcement also discovered a large collection of dog fighting paraphernalia, including:

“Dog fighting is a particularly cruel form of animal abuse,” said Assistant Attorney General Todd Kim for the Justice Department’s Environment and Natural Resources Division. “Turner bred dogs solely to abuse them, through inhumane training methods and violent fights that left them scarred, severely injured, or dead. These dogs deserved better. As this prosecution demonstrates, those who engage in this abhorrent conduct will be brought to justice.”

“This case lifts the veil on the brutal realities associated with this heinous activity,” said U.S. Attorney Duane A. Evans of the Eastern District of Louisiana. “This federal crime exploits animals for the sake of human entertainment and ill-gotten financial gains. Collectively, local, state and federal law enforcement partners are actively engaged in ending this criminal industry by holding accountable perpetrators who engage in dog fighting and rescuing victimized dogs from this appalling pastime.”

“The provisions of the Animal Welfare Act were designed to protect animals from being used in illegal fighting ventures, which often entail other forms of criminal activity involving drugs, firearms, and gambling,” said Special Agent-in-Charge, Dax Roberson of USDA-OIG. Together with the Department of Justice, animal fighting is an investigative priority for USDA-OIG, and we will work with our law enforcement partners to investigate and assist in the criminal prosecution of those who participate in animal fighting ventures.”

“Animal cruelty is a heinous crime that deserves our ultimate condemnation and serious legal consequences for those who engage in it for ‘sport’ and/or profit,” said Special Agent in Charge Douglas A. Williams Jr. of the FBI New Orleans Field Division. “Today’s sentencing should serve​as a reminder to those like Mr. Clay Turner who commit such criminal activity, that they will be held accountable. For their outstanding cooperation and great work, we thank our partners at the U.S. Attorney’s Office Eastern District of Louisiana, the Department of Agriculture-Office of Inspector General, and the Environment and Natural Resources Division’s Environmental Crimes Section in the criminal prosecution of those who participated in animal fighting ventures.”