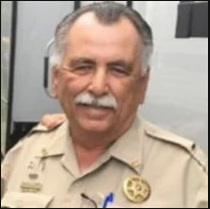 Today (April 13, 2022), L36 A Warrior’s Way foundation representatives visited the Washington Parish Sheriff’s Office to present a memorial wreath in honor of Lt. Warren Vallaire who died in August 2021. Lt. Vallaire, affectionally known as “Paw Paw” to his fellow officers, served for many years as a training officer and mentor for young officers. He was loved and respected by all who knew him.

L36 A Warrior’s Way foundation was formed in honor of Louisiana State Police Trooper George Baker who was killed on May 24, 2020, while assisting the Hammond Police Department in a vehicle pursuit. Trooper Baker, a U.S. Marine Corp veteran, had served as a trooper for three years after working with the Greensburg Police Department. Click here for the related story

Representing the foundation were Trooper Baker’s widow, Heather Baker, and Holly Gildig. The wreath, which was presented later in the day to Lt. Vallaire’s widow, was accompanied by a note from Heather Baker, stating, “L36 A Warrior’s Way sends prayers and condolences to you and your family. May this wreath serve as a blessing to you. We will always remember the service and dedication of Lt. Warren Vallaire.”

Accepting the wreath on behalf of Sheriff Randy Seal were Chief Criminal Deputy Mike Haley and Chief Civil Deputy Brent Jones. The wreath presentation was made in front of the Fallen Heroes tribute wall in the lobby of the Washington Parish Sheriff’s Office. 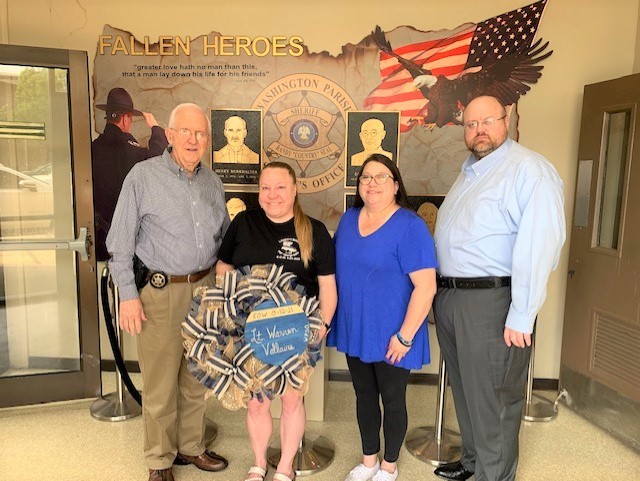 “What a wonderful tribute to an outstanding officer,” stated Sheriff Randy Seal. “Lt. Vallaire served with honor as a valued member of our staff. We were always encouraged by his positive attitude and his willingness to help others. We miss him and cherish his memory.”