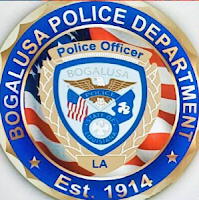 The Bogalusa Police Department has reported that the 2022 MCCA Mardi Gras parade on February 26, 2022 was rather peaceful, with police making only two misdemeanor arrests on the parade route. However, the peacefulness would not last into the night.

At 6:28 pm Officers patrolling the south side of town heard gunshots and responded to the area of the shooting, Martin Luther King Jr. Drive at East 4th Street. They discovered a chaotic scene, with several subjects shot. As officers brought the scene under control, EMS arrived and began treating victims. Two wounded subjects were transported to Our Lady of the Angels Emergency Room by a B.P.D. officer, while others were transported by privately operated vehicles, and ambulance. A total of ten people were treated for gunshot wounds ranging from minor to serious, but thankfully there were no fatalities. Several vehicles and a store front were also damaged by gunshots. 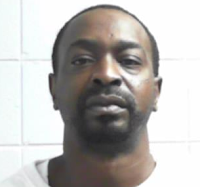 B.P.D. Detectives began an investigation on the scene of the shooting and at the hospital, questioning witnesses and victims. It was determined that Less Dillon, a 41 year-old Bogalusa resident, began firing from a vehicle at subjects in front of the store. Bystanders returned fire. Dillon was seriously wounded in the exchange of gunfire, and was air lifted to an area hospital.

Arrest warrants were obtained for Dillon, and upon his release from the hospital he was arrested as a fugitive by a neighboring agency. He is being held pending transport back to Bogalusa to face multiple charges related to the shooting, including Attempted First Degree Murder. It is believed that the motive leading to the shooting is related to domestic violence, and most of the victims were unintended bystanders.

Less Dillon has been arrested by the Bogalusa Police Department 18 times since 2003 for a variety of charges. He is a convicted felon with a history of domestic violence, as well as prior weapons and narcotics charges.

The investigation is active and ongoing and more arrests are expected in this case. If anyone has any information they would like to share, Detectives can be contacted at (985) 732-6238.

Click here for yesterday's statement from the Mayor's Office