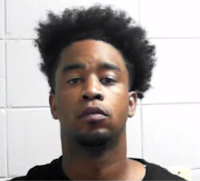 The Bogalusa Police Department has reported that on February 25, 2022 a Washington Parish Jury found Damion Thompson, age 28 and of Bogalusa, guilty of the murder of Bogalusa resident Marcus Tennison.  The unanimous guilty verdict was for Second Degree Murder, Aggravated Battery, and Illegal Use of Weapons. The sentence for Second Degree Murder is Life Imprisonment without Probation, Parole or Suspension of Sentence. Formal sentencing will be handed down in the coming weeks.

On August 13, 2020, the Bogalusa Police Department responded to a shooting on Austin Street at Coburn Street. Two subjects had been shot and Bogalusa resident Marcus Tennison, 35 years of age, was found deceased on the scene from multiple gunshot wounds. A second subject was wounded but survived his injuries.

Damion Thompson was identified as Tennison’s killer. Arrest warrants were obtained on August 18, 2020 and the search for Thompson began. Investigative techniques led Detectives to Hammond, where Thompson was located and taken into custody by Hammond Officers. On August 19, 2022,  Thompson was transported back to Bogalusa where he was arrested and charged with Second Degree Murder, Aggravated Battery, Illegal use of Weapons, and Carrying a Weapon by a Convicted Felon.