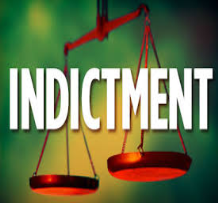 U.S. Attorney Duane A. Evans announced today (March 31, 2022) that Jacob Wiebelt, age 39 and of Ponchatoula, was charged on March 28, 2022 in a one-count bill of information for Possession of Materials Involving the Sexual Exploitation of Children. Wiebelt, if convicted, faces a mandatory minimum sentence of ten (10) years and a maximum sentence of up to twenty (20) years imprisonment and/or a fine. In addition, Wiebelt faces a term of supervised release of no less than five (5) years and up to life after his release from prison.

According to documents filed in federal court, Wiebelt was convicted in 2011 for Receipt of Child Pornography and sentenced to five (5) years in federal prison. He was on supervised release when he committed this new offense.

According to documents filed in federal court, the case against Wiebelt developed as a result of a lead to the Louisiana Bureau of Investigation that a user uploaded child sexual abuse material to the Discord messenger service. Specifically, the lead reflected that the user uploaded sexually explicit videos of children who were prepubescent in age.

U.S. Attorney Evans reiterated that the bill of information is merely a charge and that the guilt of the defendant must be proven beyond a reasonable doubt.