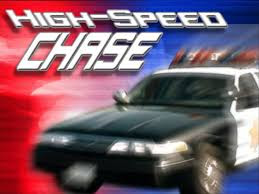 Just before midnight Thursday (March 16, 2022), St. Tammany Parish Sheriff’s deputies were called to assist Covington Police with a pursuit of a driver in a black Chevrolet Suburban, which had started in their jurisdiction. The Suburban had travelled south on U.S. Highway 190 and was headed eastbound on I-12 when STPSO deputies joined in with the pursuit. Covington Police officers and STPSO deputies continued to pursue the vehicle, which was traveling at a high rate of speed, all the way to Slidell.

A spike strip was successfully deployed near the Airport Road exit, but the Suburban continued eastbound on I-12, driving on its rims, to the U.S. Highway 11 exit. The vehicle exited I-12 onto U.S. 11 and headed northbound. As the pursuit continued on U.S. 11, the Suburban drove off the roadway into a grassy area and rammed a marked STPSO patrol car and an unmarked STPSO unit, causing damage to both units. The Suburban drove back onto the roadway and the pursuit continued until the vehicle ultimately came to a stop on Louisiana Highway 1091.

The driver, Brandon Irvin, age 39 and of New Orleans, ran from the vehicle.  He was found hiding in a nearby drainage culvert and was taken into custody. During the entirety of the pursuit, Irvin was wearing a ski mask over his face. It was discovered that Irvin had sustained a suspected self-inflicted gunshot wound to the leg. It is believed that he was manipulating a firearm within the vehicle at some point during the pursuit, and accidentally fired the weapon. Additional ballistics testing is being conducted to confirm. Irvin was transported via emergency medical personnel to a local hospital to be treated for his gunshot wound.

State Police Troop L and Slidell Police also assisted with the pursuit, but at no point during the pursuit, did law enforcement fire any weapons.

Representatives from the Covington Police Department and the STPSO Major Crimes Unit searched the vehicle. Two firearms, one spent shell casing, a large quantity of marijuana (packaged for sale) and suspected cocaine were located inside the vehicle.

In addition to the charges he will face from Covington Police, the St. Tammany Parish Sheriff’s Office has issued warrants for Irvin’s arrest for one count of Aggravated Flight from an Officer, two counts of Aggravated Criminal Damage to Property and two counts of Hit and Run.