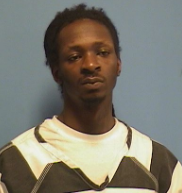 Shortly after midnight Saturday (March 26, 2022) morning, detectives with the STPSO Narcotics Division’s Proactive Enforcement Unit were conducting extra patrols of the Slidell area hotels and motels when they observed a suspicious vehicle backed into a parking space. The vehicle was occupied by the driver, 37 year-old Corey Mitchell of New Orleans, and his four-year-old child. As they approached the vehicle, detectives observed narcotics in plain view.

Mitchell’s young child was released into the custody of his mother.