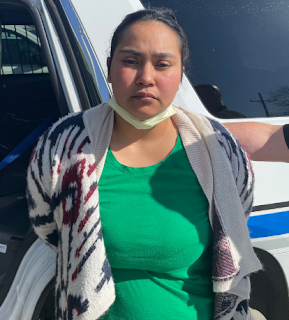 The Covington Police Department has arrested 28-year-old Madelyn Abisai Mejia-Gallo of Covington for causing the death of her 6-month-old child. Madelyn was taken into custody in New Orleans Saturday (March 26, 2022) evening after an arrest warrant was issued for Second Degree Murder.

The investigation began Wednesday, March 23, 2022, when officers and detectives responded to an area hospital in reference to a juvenile arriving to the Emergency Room with severe head trauma. The juvenile was later transported to another facility with more advanced care.

Based on evidence collected and statements gathered during the investigation, detectives believe that the injuries to the child occurred at the hands of his mother.

On Saturday, March 26, 2022, detectives were notified that the child had succumbed to his injuries. Detectives traveled to New Orleans and assisted the New Orleans Police Department with Madelyn’s arrest.